Welcome to the 16th edition of Dean’s Dish from the Visual, Applied, and Performing Arts Division at Cabrillo College!

Denise Gallant and her Digital Media video students continue to do amazing things! Alum Aimee Munroe has been accepted to the University of London, Goldmsiths College, one of the best art schools in London, to pursue a Digital Journalism MA, which is a 3 prong program – computer coding, journalism, and digital media. Aimee is also looking at the Film Making- Producing MA at Goldsmiths! Another one of Denise’s students is creating a music video with the Santa Cruz Fire Department – a promotional video for their new fire truck.  And, Judi Oyama has just been hired as the Senior Graphic Designer at CrossFit, Inc.

Adjunct Art Professor Payson McNett, who has been spearheading the development of VAPA’s new FabLab, training students, faculty, and staff about a whole new world of digital art fabrication, has been accepted to present a breakout session entitled FabLab: Digital Fabrication in the Arts, at the 2016 National Conference of NACCE (National Association for Community College Entrepreneurship) in Sacramento in October 2016. Dean John Graulty has also been accepted to present a session entitled: “Artspreneurship” – Enabling Arts Students to Seize Their Own Creative Futures. 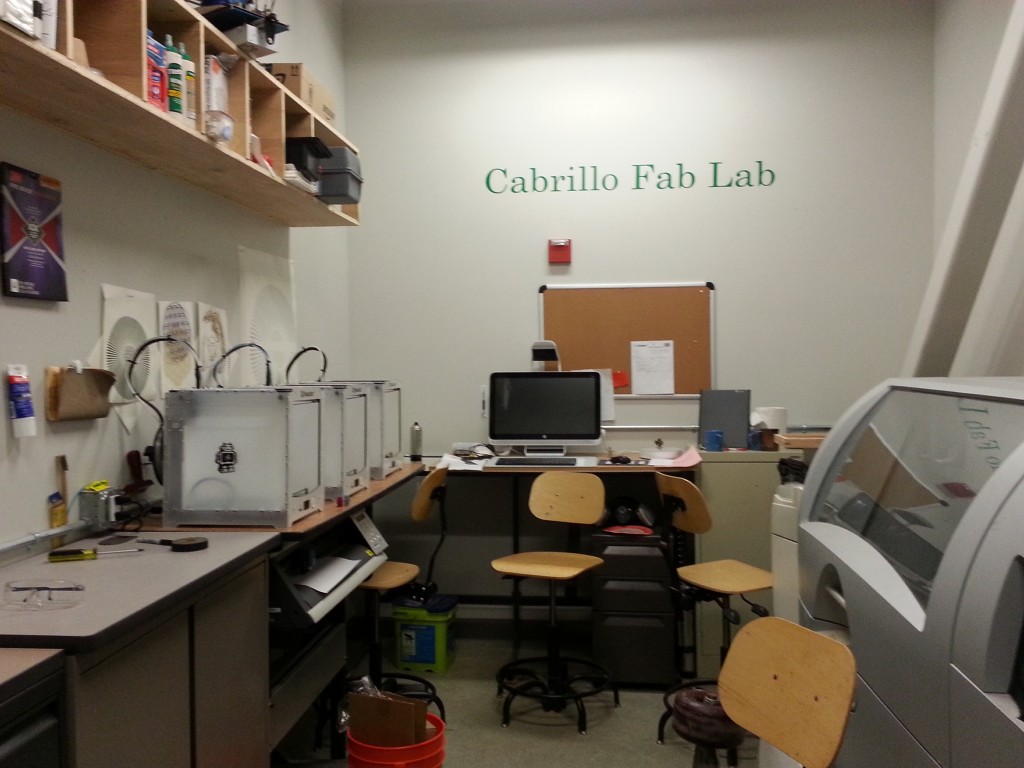 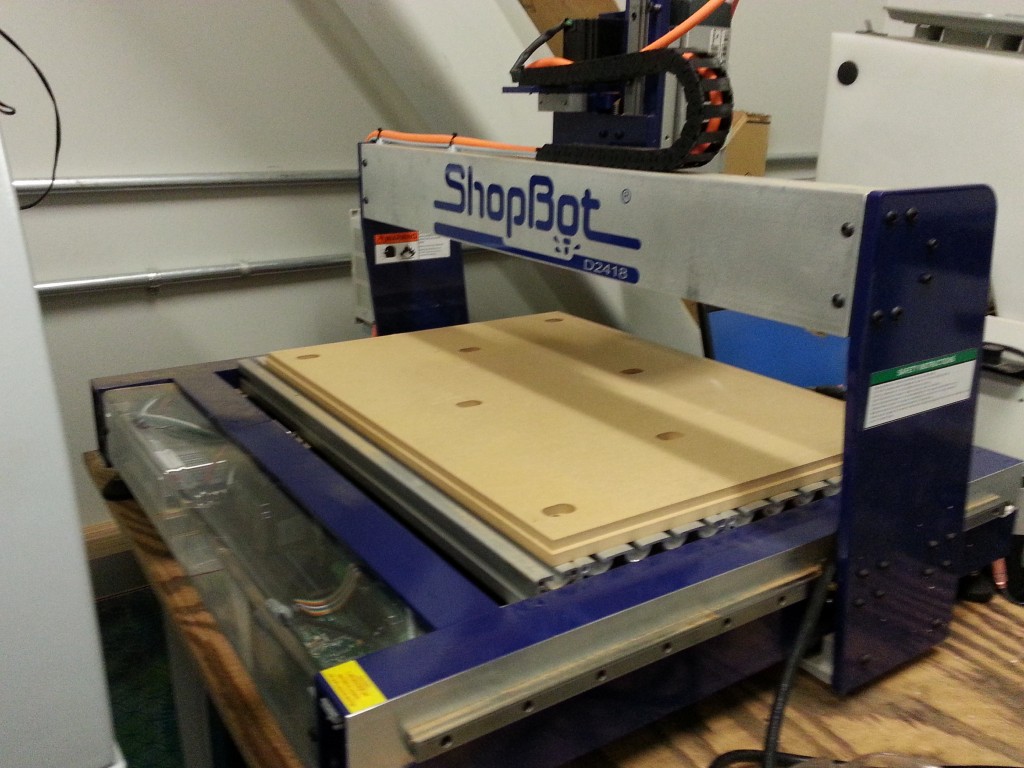 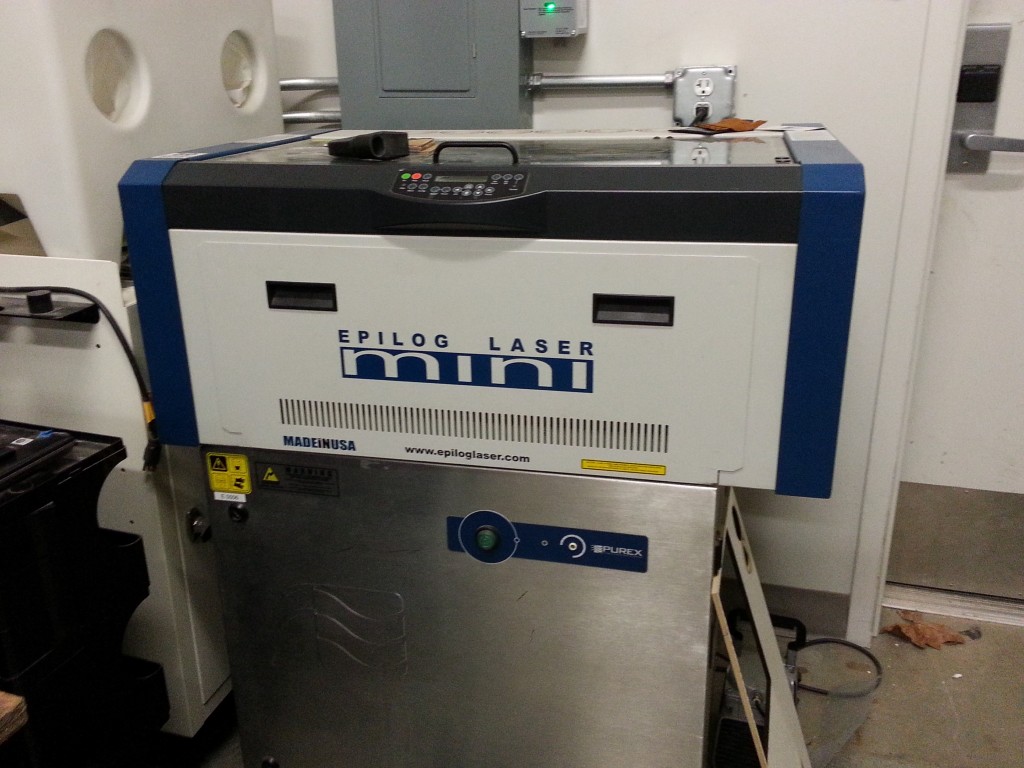 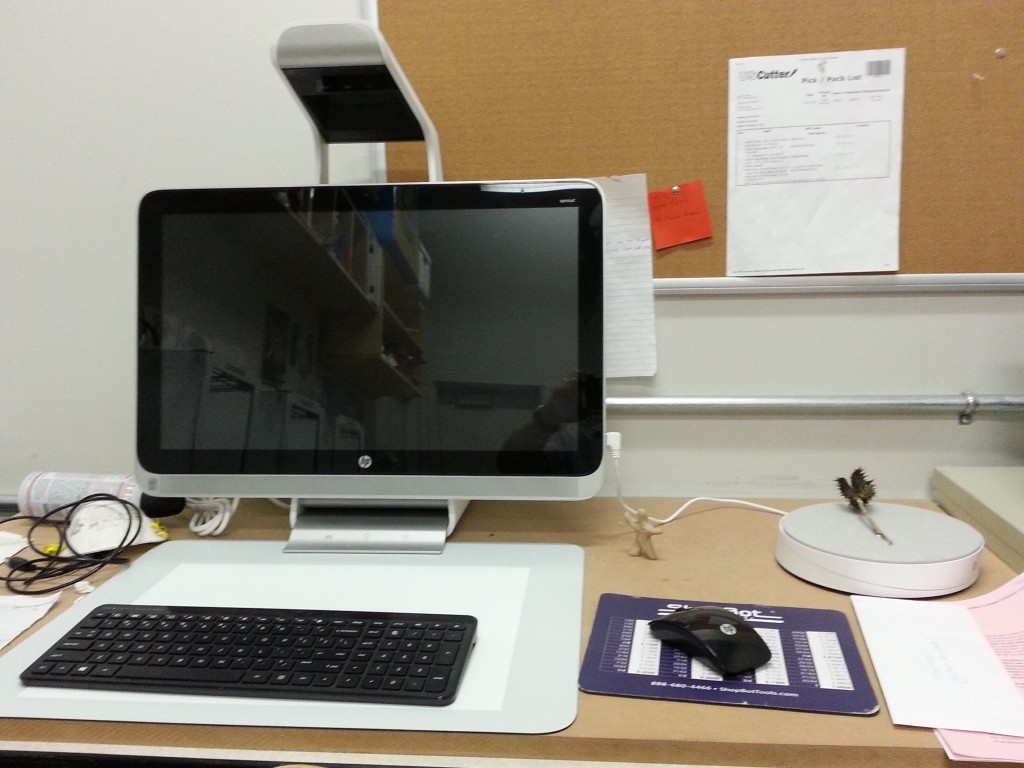 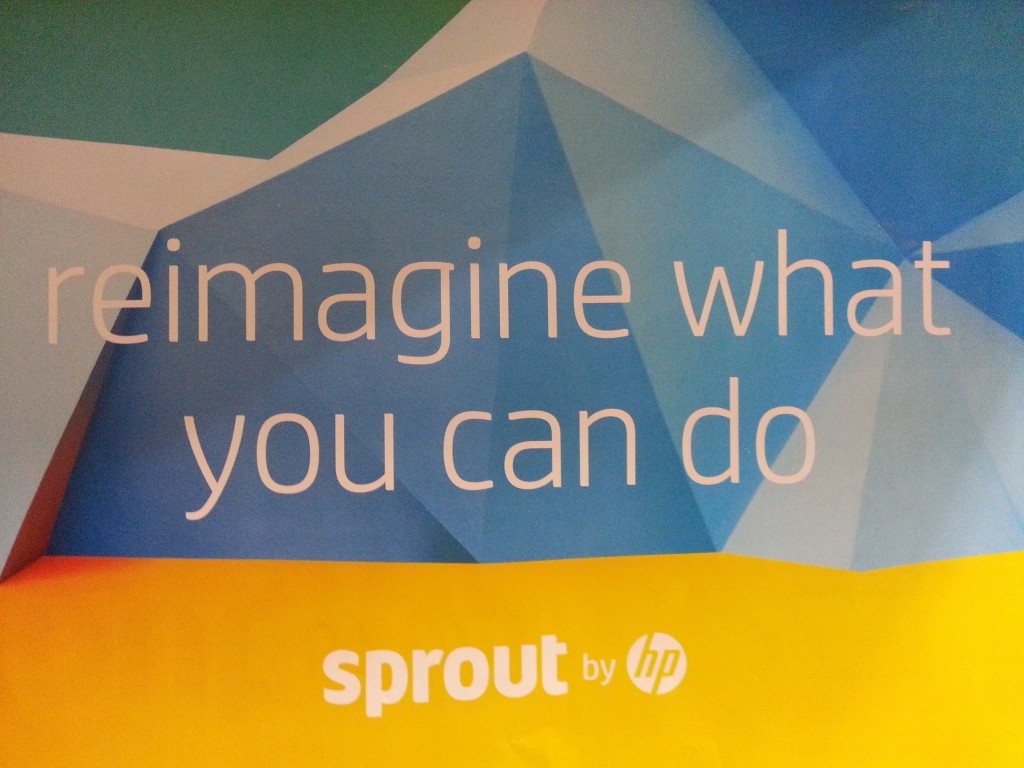 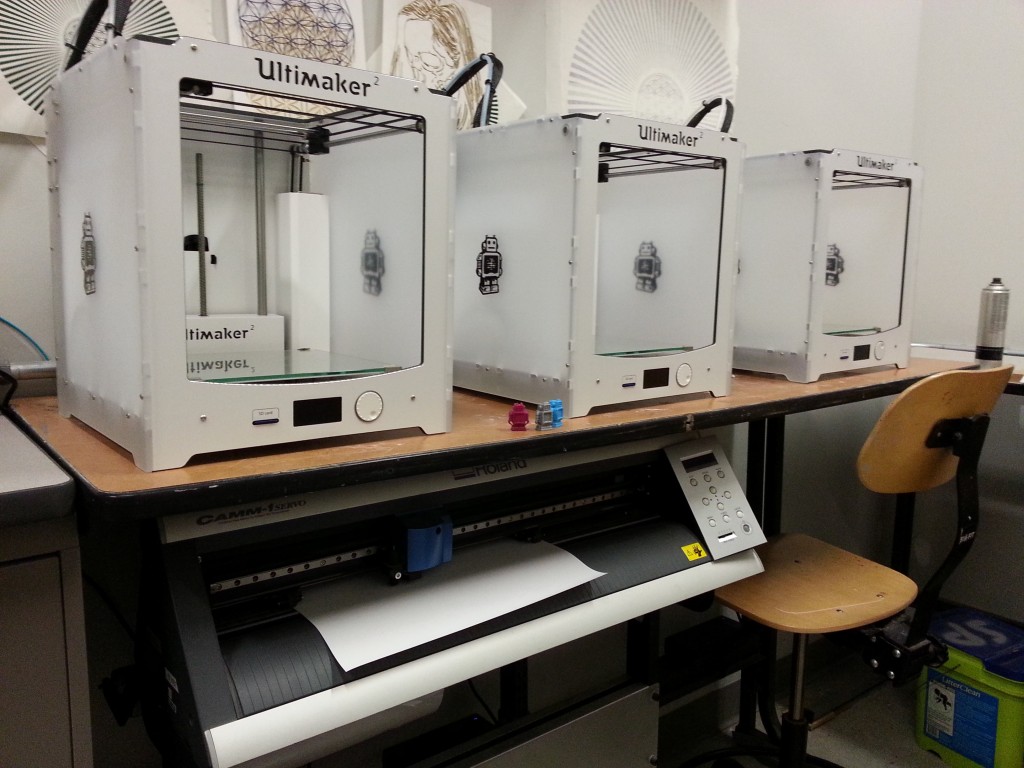 VAPA reaching out to support…

Art Professors Tobin Keller, Rebecca Ramos, and Andrea Borsuk have connected with Cabrillo art tudent and retired veteran Chuck Woodson to coordinate FREE art workshops on campus for Cabrillo student veterans through the Cabrillo Veterans Club. These workshops provide opportunities for veterans to participate in quality arts programming that is sensitive and responsive to their unique experiences. The enthusiasm about these workshops promises to build, providing win-win opportunities for art students, faculty, and, most importantly, our valued veterans. For more info, contact Chuck.Woodson@VetreransTribute.org, or tokeller@cabrillo.edu.

In an effort to re-invigorate arts education in the largest K-12 school district in Santa Cruz County and help jump start band instrument education opportunities for high school students in southern Santa Cruz County, Cabrillo’s Music Department is partnering with the Pajaro Valley Unified School District to offer it’s MUS 18A – Beginning Wind, Brass, and Percussion Instruments course after school at each of three PVUSD high schools in Fall 2016: Watsonville High School, Pajaro Valley High School, and Aptos High. High school students will be able to take advantage of the new Cabrillo College enrollment fee waivers for high school students, use instruments in PVUSD’s extensive band instrument inventory at no cost, and begin to learn how to play a band instrument of their choice under the tutelage of Cabrillo faculty members Jon Nordgren, Scott Nordgren, and Naoki Taniguchi while earning college credit. These courses are also open to any Cabrillo College student. As the arts plan for PVUSD unfolds, the district hopes to hire its own high school instrumental teachers within the next couple of years, at which time Cabrillo College will exit the high school campuses and welcome an entire new crop of PVUSD instrumental graduates to its campus for more advanced instrumental and music offerings.

The VAPA Division continues to host meetings of the Santa Cruz County Alliance for Arts Education, an organization which inspires support for arts education county-wide.  The Alliance, created in partnership with the California Alliance of Arts Education, is a network of community members, educators, businesses, and parents that advocate for arts education for all students in every school in Santa Cruz County. The next meeting, which is open to the public, will be on Wednesday, April 13, 2016, from 4:30-6:00pm, in the Samper Recital Hall Lobby at Cabrillo College. The topic will be: Equity in Arts Education.Learn more about the Alliance.

(from Cabrillo 2014-15 Annual Report to the Community)

The Cabrillo College Visual, Applied and Performing Arts Division, which is nationally recognized for its artistic excellence, is fast becoming a leader in arts entrepreneurship education in the Monterey Bay region. The College received grant funding from the California Community College Chancellor’s Office to support the Doing What MATTERS for Jobs and the Economy initiative, a national movement to supply in-demand skills for employers, create relevant career pathways and stackable credentials, promote student success and get Californians into open jobs. With this funding, Dean John Graulty and the VAPA Division have responded to the needs of local professional artists and current Cabrillo arts students by developing arts entrepreneurship education. Santa Cruz has the fifth highest concentration of artists per capita in the nation after New York City, Los Angeles, San Francisco and Santa Fe, according to U.S. Census data from 2010. Unfortunately many traditional employment opportunities in the arts have long been saturated, perpetuating the notion of the “starving artist.” The goal of the arts entrepreneurship program is to teach artists how to create their own jobs in the current economy rather than rely solely on existing positions. Since launching a very popular Business of Art workshop series through Cabrillo College Extension in partnership with the Small Business Development Center and the Arts Council of Santa Cruz County several years ago, the arts entrepreneurship program has expanded to include a creative entrepreneurship skills certificate to help arts students leverage their creative talents into a meaningful livelihood. The new three-course skills certificate will include Creative Careers—Discovering Self-Directed Pathways, a course to help students investigate creative career opportunities in all arts disciplines. The course guides students to consider unique, self directed, non-traditional and entrepreneurial pathways, as well as the academic and life choices necessary to realize such opportunities. It is paired with a discipline-specific course of the student’s choice and BUS 88 – Starting and Operating a New Small Business, a newly created arts cohort offering. The emerging arts entrepreneurship program has beena collaboration of thought leaders from several disciplines within the VAPA and business divisions. Best practices from national thought leaders have also informed the direction of the program. In spring 2015, David Cutler, a nationally recognized professor of arts entrepreneurship at the University of South Carolina and author of The Savvy Musician, led Seizing Your Creative Future!, a two-day Arts Entrepreneurship Summit at Cabrillo. He provided ideas on the pursuit of self directed, impactful careers in the arts. The event included four engaging sessions and drew 175 faculty, staff, students and community members. There is a tremendous value in emphasizing the practical in an art career and it was widely lauded within the community.

“I applaud your focus on bringing the WHY into your art curriculum. Both of my sons attended Cabrillo …and each, in his own way, has come to the conclusion that success in [the arts] is reserved for a select few who are exceptionally talented, driven, or just more fortunate than the rest who are destined to become educators or to find their careers in another field. I hope that your efforts to expand art education to include the practical aspects that are necessary to make art possible as more than simply a pleasant hobby will be successful.” — Parent of a Cabrillo arts alum

Three of our beloved VAPA colleagues, Music Professor Susan Brown, Instructional Division Assistant Linda Stinger, and Theatre Arts Adjunct Professor Susan Stuart, have all announced their retirements. Sue Brown has served Cabrillo for a whopping 40 years, 35 years full-time, and 5 years as an adjunct instructor.  She has built a phenomenal string program at Cabrillo, including a thriving Youth Strings program. The community has also enjoyed Susan’s beautiful violin playing as part of Picasso Ensemble, a world-class chamber ensemble that has performed regularly at Cabrillo’s Sesnon House. Susan will retire on May 20, 2016, and plans to spend even more time with her beautiful grand children, but like her husband Ray who retired from full-time teaching in the music department two years ago after 39 years of service to Cabrillo, she intends to return to teaching part-time in Spring 2017, and the work of the Cabrillo Youth Strings program will continue without interruption.

Linda Stinger, the friendly and supremely helpful face of the VAPA Division at the Division Office front desk, has served Cabrillo for 13 years! Linda will be sorely missed. She plans to continue her own artistic pursuits and her love of world dance after her last day in the office on April 29, 2016.

Susan Stuart, who has served the Theatre Arts Department with passion and dedication for 17 years, retired from CalSTRS effective February 1, 2016, but she plans to continue teaching part-time in Spring 2017.  Students have raved about her teaching, including athletes and students of color who found a sense of belonging at Cabrillo as students in Susan’s acting classes!

We wish Linda, Sue, and Susan all the best as they transition into their new life chapters! Congratulations…and THANK YOU!

Performed in Cabrillo’s intimate Black Box Theatre, audience will feel like they are in the actual courtroom witnessing the riveting drama of this Nuremberg Trial. Originally made for TV’s Playhouse 90, then multi Academy Award winning film in 1961, 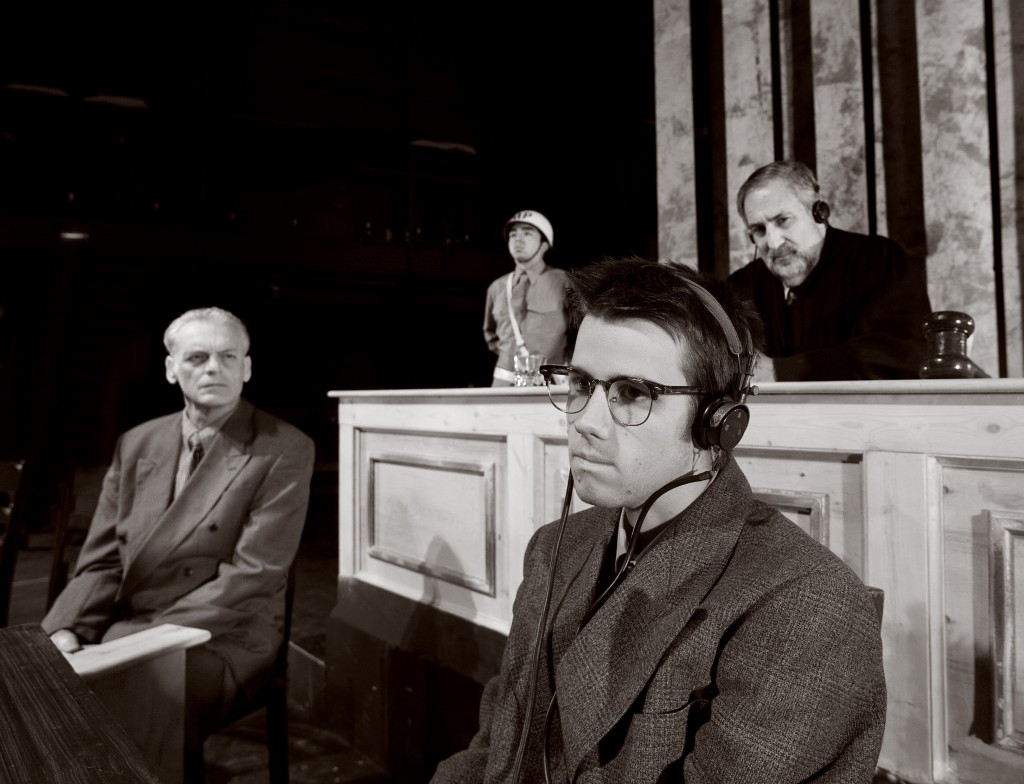 and finally a Broadway play in 2001, the story focuses on Ernst Janning, one of the most influential German legal minds of the pre-World War II era, and other influential Nazi judges who face a militray tribunal in postwar trials in Nuremberg for their complicity in the Nazi’s crimes against humanity. 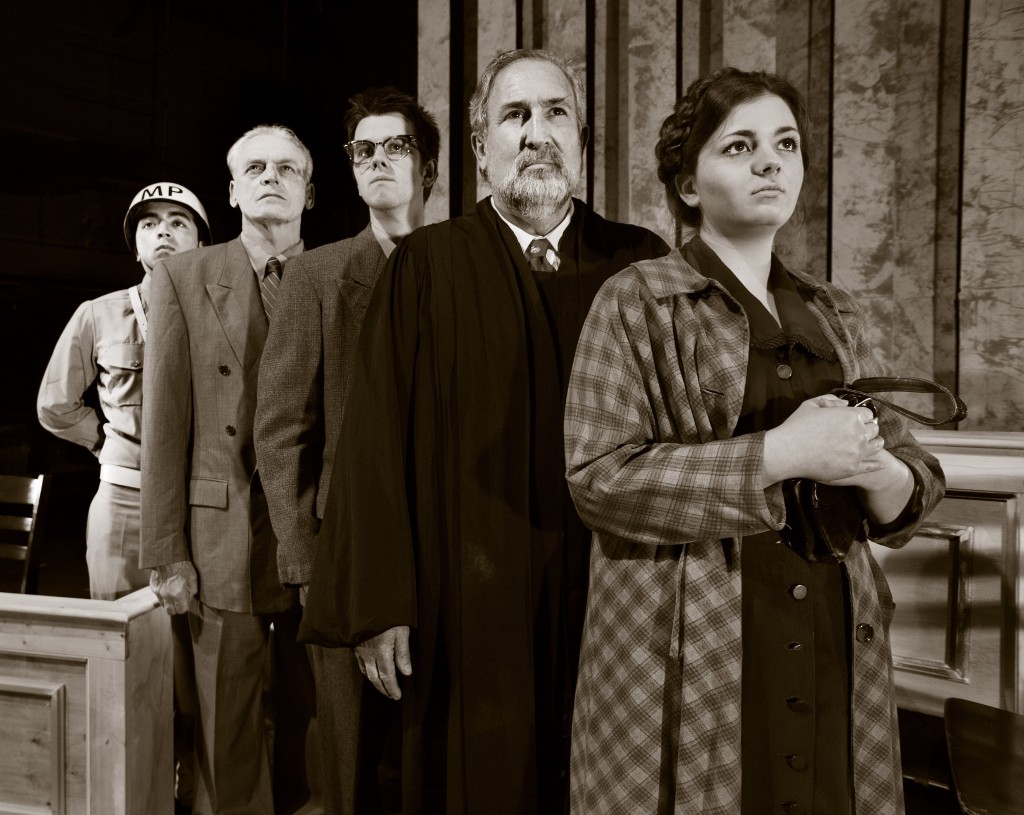 Issues at the forefront of this trial reverberate through history and challenge humanity to this day as we now struggle in our own country with decisions about excluding people because of ethnicity or religious beliefs.

Tickets for Judgment at Nuremberg

Thursday, May 5th, in and around the Cabrillo Gallery 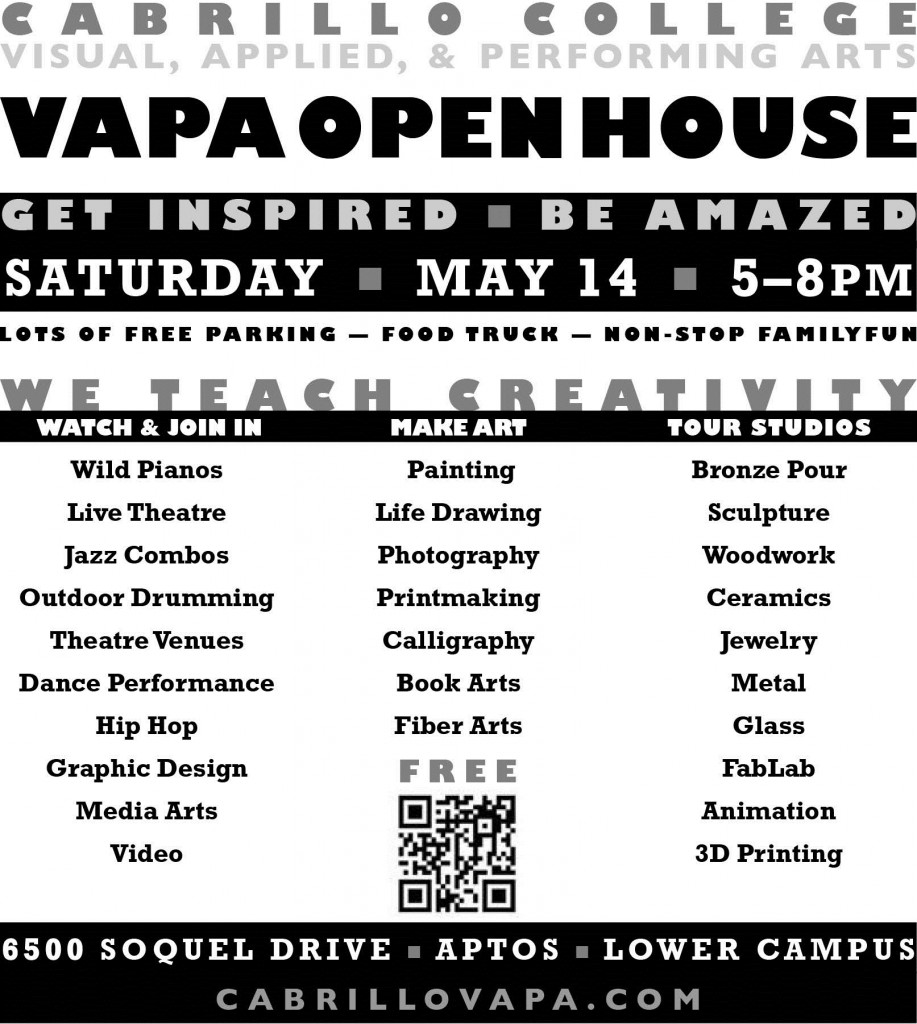